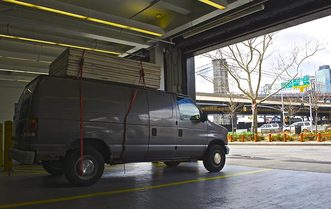 My portraits are not of divinities, nor are they used for worship services. This new work is about someone on whom the affections are strongly or often excessively set; a person greatly loved or adored. The majority of the collection is of dark-skinned people because of my personal affiliation. For reasons of the inaccurate depictions in film, news, and music, I consider my responsibility towards my brothers to be uplifting, informative, and suggesting reconsideration of our struggles to survive and flourish.

​Attending the Art Institute of Chicago in a post-Bachalaureate film program, I was inundated with all types of artists: sculptors, filmmakers, painters, photographers, etc. Seeing that my film program was largely occupied by white South Africans along the same time as apartheid, I gravitated towards the painters, noticing that they had more parties and social functions.

I can remember one party where a funny little man, T. J. Darwin, had the most exquisite true-to-life portraits from the World War II conflict: Dwight Eisenhower, Franklin D. Roosevelt, Hirohito, Stalin, Mussolini, and Hitler. Everybody at the party loved his work except for the Hitler portrait. They informed him that he shouldn't have done that one and an uproar ensued over this Hitler piece. I realized then the power of a painting.

At the age of three when my mother told me that my baby-sitter had died, I didn't understand. She assured me that I would see her again in heaven, and so I searched for heaven. I've read the Bible five times and have become a follower of God.

Through the years, my film making, photography, writing, and painting have been God-conscience  apocalyptic pronouncements in particular. My apocalyptic paintings depict a nude figure, weapon in hand, lunging towards the viewer accompanied with a machine of war. Showing these nudes on the streets of New York after the towers fell, I was able to secure some points in Manhattan by which to show wherein I wouldn't be forced away.

After coming back to Chicago and displaying the five by seven feet nude paintings in the windows of the flat iron building, I had to find a First Amendment lawyer due to the commotion it caused. Though I was able to show my work, I wasn't able to sell my horrific views of the coming end, and so I changed my emphasis from the end to the present. 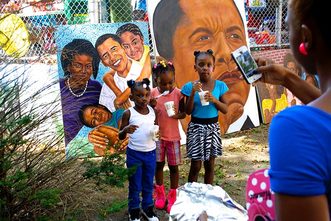 These idols make it their just cause to use their celebrity influence and money to alchemize the injustice, poverty, and ignorance of the world. These painted images are not only for the masses, but also for me. They are a reminder of the greatness of humanity, throughout time and history that I personally strive for. I want people to look at this series and take on that strive for greatness themselves.